The Turbo Technics VSR 500 has been designed to balance the large frame turbochargers usually found in truck and heavy goods vehicles and is the only machine currently in the market that offers this capability to the repair and remanufacturing industry. Because of the physical characteristics of large-frame turbochargers, Turbo Technics has redesigned the housing and suspension system to achieve similar levels of accuracy to other machines in the Turbo Technics range. The balancing principles remain the same however, with either balancing cuts still being made to the nose nut, or through rotation of the impeller in relation to the shaft wheel assembly.

The layout of the workspace on the VSR 500 has been redesigned to allow the heavier cores to be front-loaded, rather than side loaded, which is easier for the operator. Because of the increased dimensions of the cores being tested, the range of slave turbine housing adaptors is unique to the VSR 500. These are still loaded by means of a quick-release system, allowing changes between turbo models to be made in under a minute. The slave turbine housings have been designed to minimise the consumption of compressed air as the rotating components spin up to operating speed (patented).

The touch-screen controls and graphic user interface are similar to those used on the other Turbo Technics VSRs making the use of the VSR 500 intuitive to users familiar with Turbo Technics products.

Further details on the VSR 500 including a full technical specification can be obtained from Turbo Technics or its authorised distributors. Please click here for a full VSR 500 adapter application list. 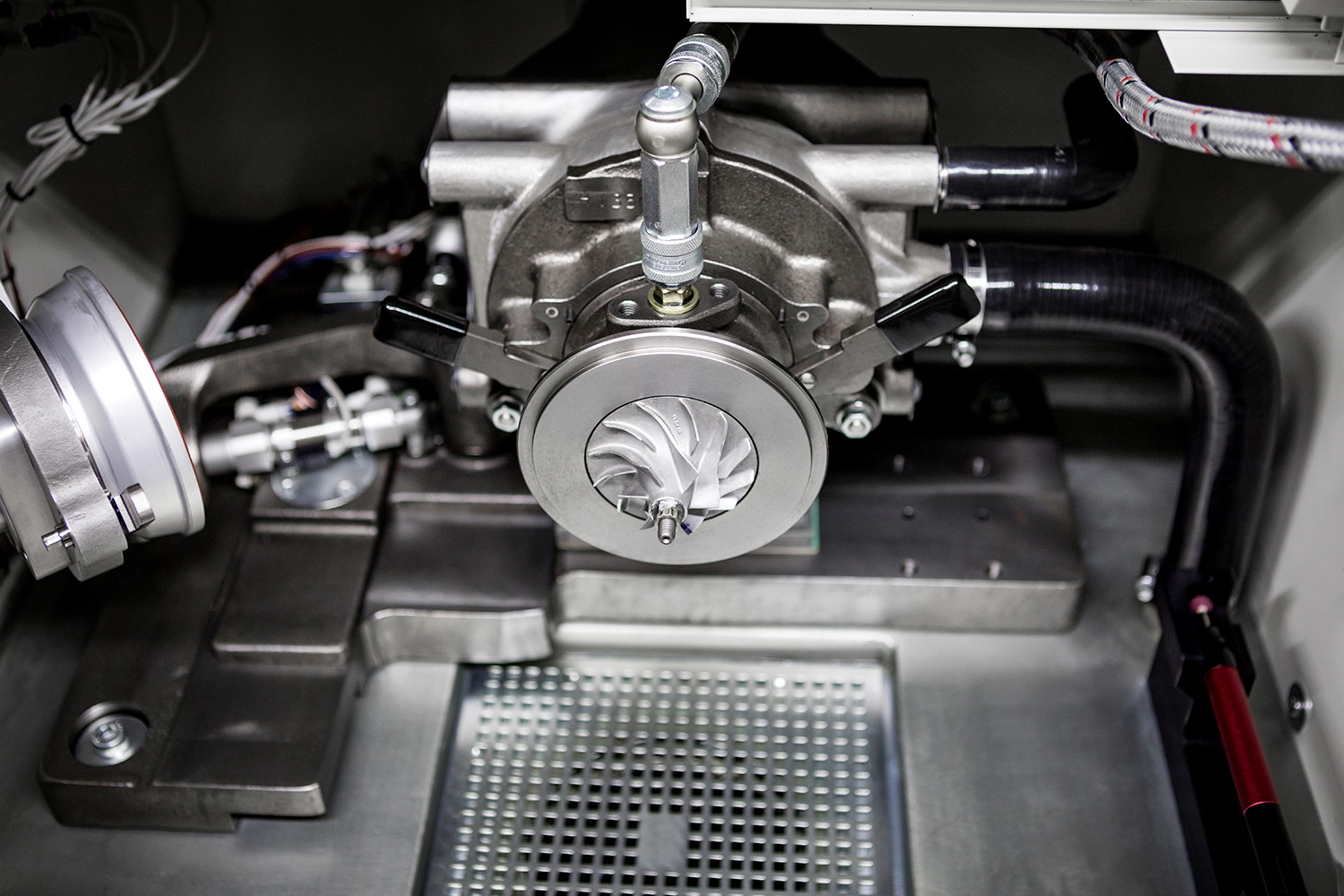