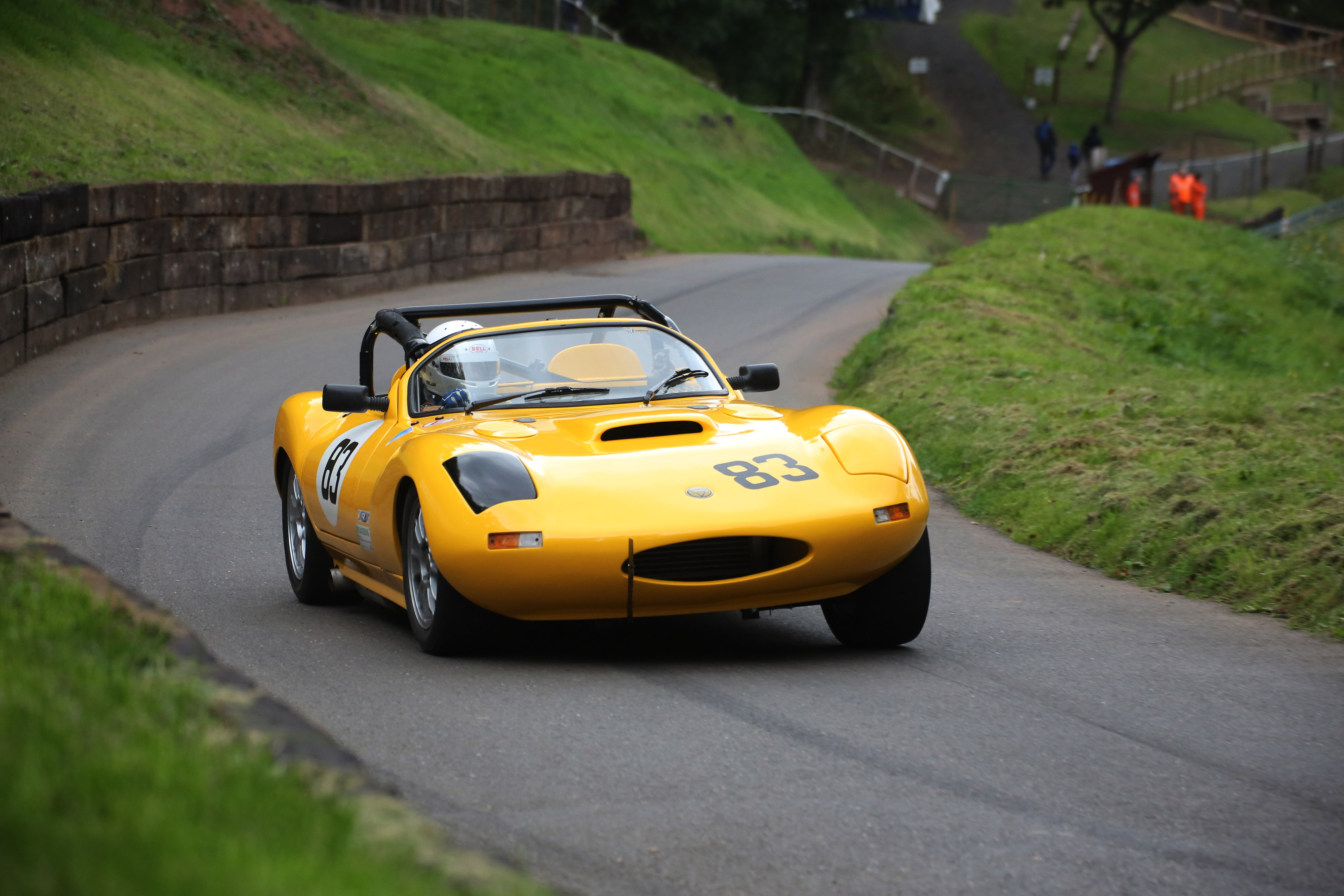 VNT turbos have been used by TT in competition for 20 years, starting with Geoff Kershaw’s Sierra 2.9 – 24V which produced 530 BHP with excellent torque and drivability.

Geoff’s car took many sprint and hillclimb records over the years, a number of which still stand, and won the BARC Speed Championship in 2009.

In 2007, Graham Beale was looking for an upgrade for his Cosworth YB-engined Ginetta G33 and settled on a TT VNT28 turbo – a hybrid between a Garrett T3 and a VNT25 with a TT wastegate incorporated. This was basically the same turbo as Geoff used on the Sierra (the Sierra had 2!). Graham used an electric actuator for the VNT mechanism which gave even better control, and mapping by Dave Walker gave 310 BHP with near full boost at 2500 r/m and very little lag, ideal for hillclimbing. 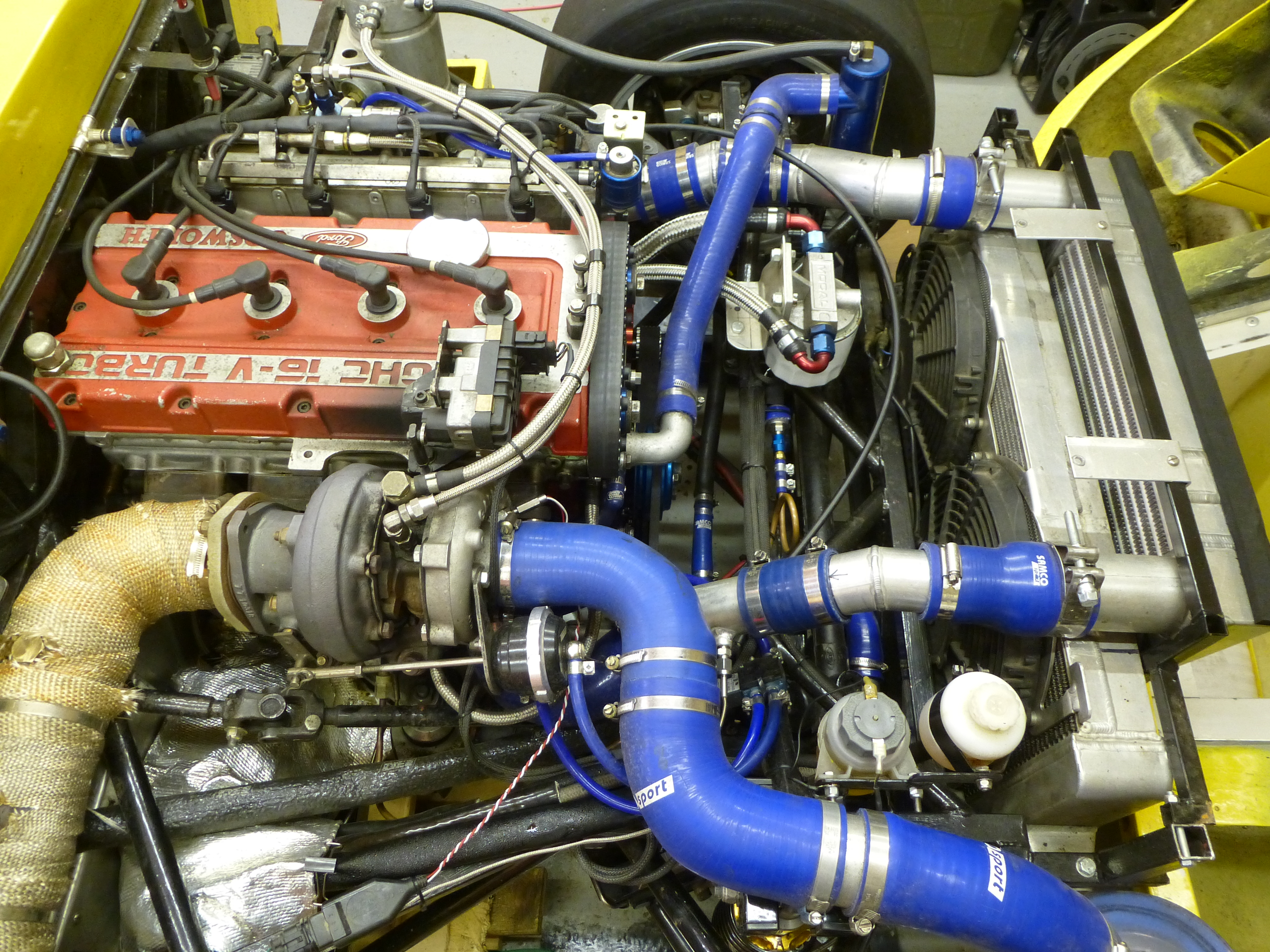 In 2014 Graham won the national Classic Marques speed challenge outright and over a few years had some class wins in the Gurston Down hillclimb championship.  A big accident at Prescott hillclimb resulted in a ground-up rebuild and a capacity increase to 2340cc. Horsham Developments did the rolling road work and VNT control strategy, which became a little more sophisticated, with turbine inlet pressure also being used in the mapping.  The engine has been mapped for similar power levels (now 316bhp) but the magnitude (313ftlb) and shape of the torque curve has altered for the better and further improved the driveability with a boost of only 16-17 psig. The car currently holds the Classic Marques Sports Car Club over 2 litre record at most of the UK hillclimbs.

A further power increase is on the cards, so watch this space!